When I needed a quick turnaround on a new engine, MER was able to deliver with one day’s notice. Thanks to the crew at MER and their organization they made it work and saved me days on my charter. I really really appreciate Bob and MER!! 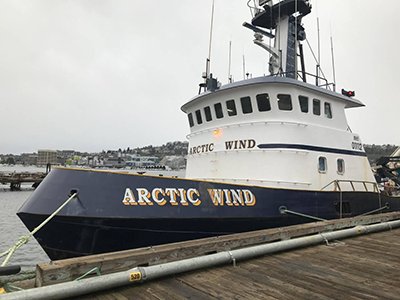 We really appreciated the quality, attention to detail and craftsmanship that MER put into the BOLLARD™ 200kW genset for the Arctic Wind. We could not be happier with their overall performance.
Jerry Downing

I have had the privilege of working on several projects with MER. In my opinion, their engine packages are a step above any I have worked on. Their attention to detail and support is outstanding it’s a privilege to work with them in the field.

We asked for a BOLLARD™ genset specially equipped for a repower on the Olympic Tug & Barge (OTB) tug Kestrel. The engineering and advance planning from MER made for a very smooth installation and reduced labor by OTB.

We look forward to teaming up with MER on future projects. 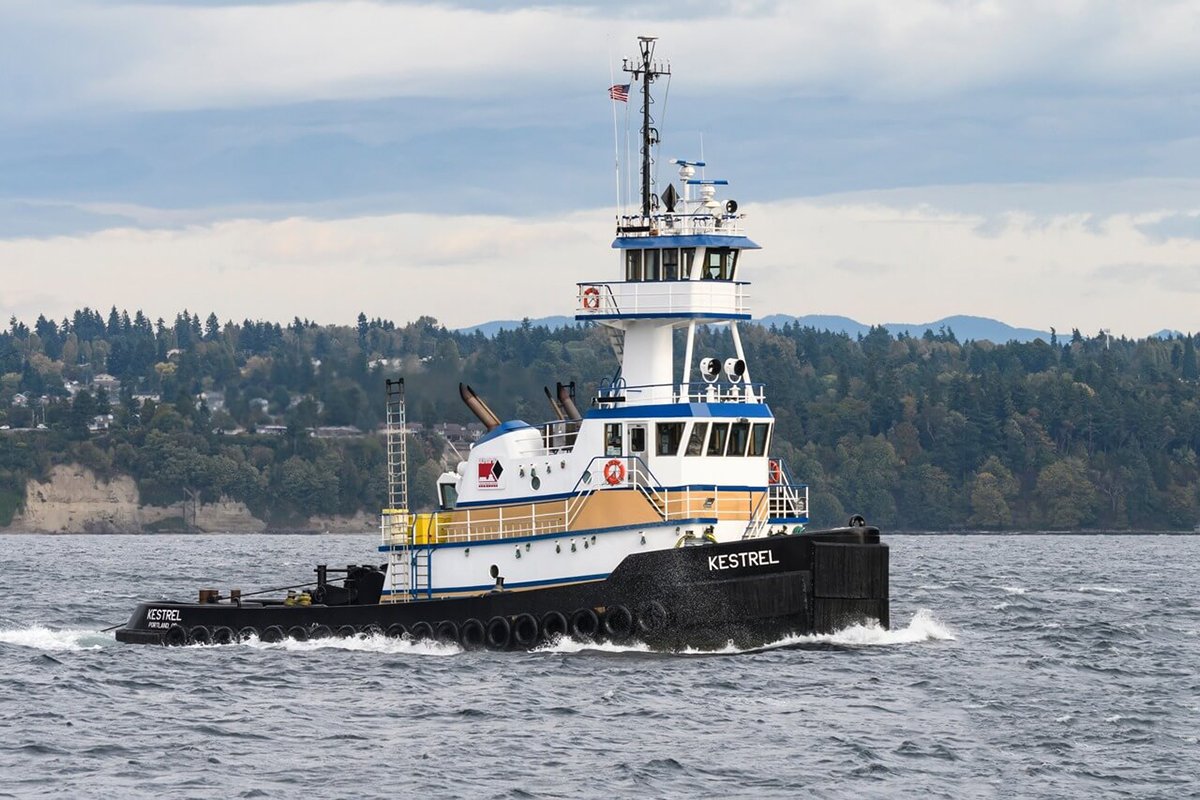 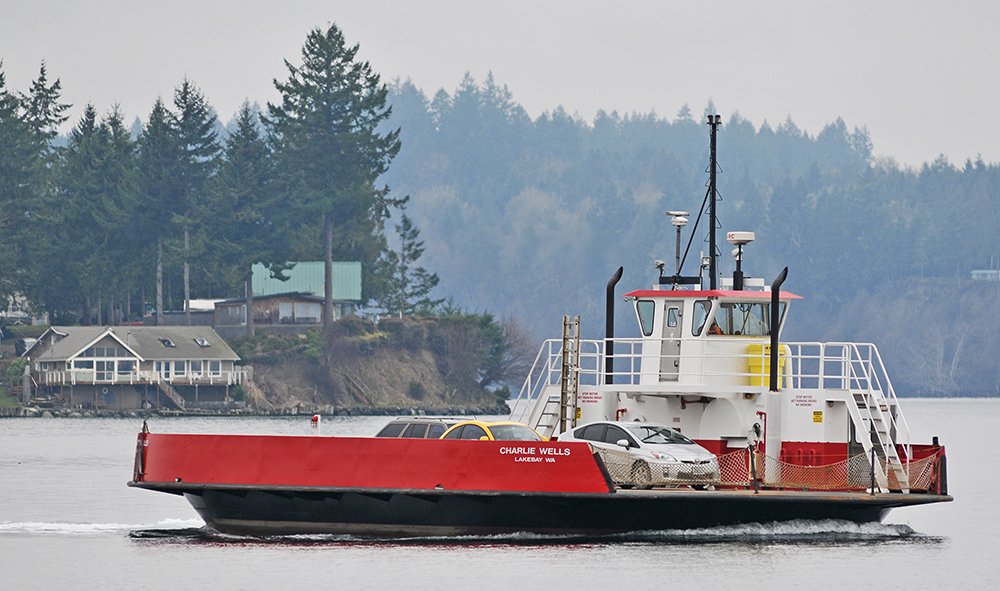 In 2013 we replaced our old Detroit Diesel mains with twin John Deere 6090s from MER and we couldn’t be happier. The efficiency of the Deeres combined with the SCOR system saved us 30% over the course of a year! That says a lot for a boat that works 365 days a year. MER’s service department was professional to work with and was instrumental in the removal and replacement of our Jimmies. We’re very pleased with the result and will continue to work with MER on future projects.
John Farris

Thank you for your OUTSTANDING customer service, I know customers are not always easy to please. This was a situation where my customer came to me with deadline drill for this quote and you came through. I wanted to make sure your efforts are recognized.

Thank you again for your help!

In 2003, we re-powered our Catalina C-400 sailboat with a Yanmar 4JH4E diesel and ZF/Hurth gearbox purchased through MER Equipment. Ever since I’ve enjoyed receiving your newsletters. Spring 2014 was one of your best. I really enjoyed the explanation of destructive harmonic vibration. During my years in the U.S. Coast Guard, many of the cutters I operated had “engine critical speed” rpm ranges. Our sailboat doesn’t like 1,400 rpm. I’ve always known the effects of harmonic vibration, but no one has ever been able to adequately explain what it is and why it happens. Your article did so in a textbook example of clear technical writing.

I really appreciate you going the extra effort on the alarm pig tail. I haven’t been to the Post office for two days but will get there today. I’m glad a friend suggested MER and your Parts Dept. directed my call your way. As a result of the GREAT service from you and the folks there at MER, I will definitely recommend MER to others.

Everything MER builds runs like a top. I had an MER C221 installed on my Bristol Bay sailboat conversion in 1971. It is still running today. That is why I went with MER on my new boat, Blue Pacific. I like a company that builds quality and backs it with the best service. They don’t have a big business attitude; They are fisherman and vessel owners like myself. They know what it takes to keep a boat on the water and take care in making sure everything is done right. 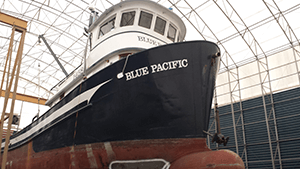 I operate the F/V Miss Camilou, a 32′ fiberglass bow picker. At the end of the 2015 Copper River Coho season, my boat spent the winter at Petrzelka Brothers Inc, in Mt.Vernon. There were two big parts of my project; first being to flush deck her and second the RSW system. After 15 months discussing my specific RSW system needs with IMS, Paul Petrzelka of PBI, Bob Allen of MER, Grant Seran and Doug Short of IMS had developed a 4 ton, all electric IMS RSW system driven by a 9kw MER genset. The genset powers the RSW system charges my house and starting batteries, and provides 110v power.

There were many challenges to this project like space and weight as well as the relentless pounding a bow picker takes on the Copper River Flats. With a clean install, I have enough room to perform maintenance. I am very happy with my choice of MER. I found the customer service very easy and accommodating to my needs. This system works great. 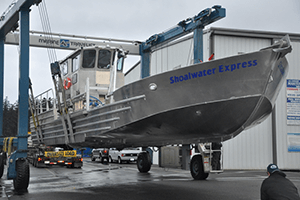 Penn Cove Shellfish is a 36-year-old shellfish farming company and about eight years ago we entered an operational partnership with a nearby boat and equipment fabrication shop and we are doing business there as Everest Marine. In 2004 we were approached by Coast Seafoods Company, another business partner which is big in the oyster farming business, to design and build a shallow draft oyster harvest vessel for them to operate in Willapa Bay, Washington.

We believed that the Traktor Jet would be a good propulsion solution for the shallow draft needs of our design so we began speaking with Bob Allen at MER Equipment in Seattle at that time regarding different power supply manufacturers. After speaking with Bob, we settled on a John Deere AFM 6081 M3 rated, 330 HP marine diesel engine with a ZF transmission coupled to the jet model available at that time which was the TJ 609HT jet.  The design and final product turned out so well that we have just launched the 9th vessel of similar design and we have 2 more presently under contract.

The vessel design is 64’ x 17’ with a 44-degree dead rise on the hull.  The boats weigh in at about 23 tons and regularly haul 40-50 ton loads.  The evolution of the jet and impeller design since 2004 has allowed us to try various John Deere power alternatives providing increasing performance values over the different set ups.  The engine paired to the last vessel was the John Deere AFM 6125 M4 rated at 525 hp utilizing the ZF tranny.  The difference in the engine, jet and impeller design coupled with slight changes in jet placement have yielded an increase in speed during sea trials from 13.5 knots for the first boat to 21.8 knots for the last boat launched.

Bob and the rest of his crew at MER have been great to work with in terms of design and implementation ideas and have responded well to matching the increase in  horsepower available to increased horsepower capacity of their jet designs providing for a better power platform for all involved in our projects.

Our customers have been overwhelmed by the power and load capacity of our boats and their maneuverability as well, as even with a single jet design, the boats are able to turn a circle within their own length. We have not had any problems with the engines or jets and have actually gained greatly in terms of time and money spent on maintenance of standard oyster harvest vessel designs.

My wife and I purchased a recreational trawler powered by the John Deere 6125AFM. This was a serious step up for us and a steep learning curve. But, MER has full-day hands-on classes specific to each engine model so, with Herb as our instructor, Rose and I were adjusting valves and inspecting every accessible component of a partially torn down 6125. Confidence was building. Sea trials to qualify for the extended JD warranty were conducted with MER aboard after which they helped us chase down the source of erratic oil pressure readings. In British Columbia, our engine died from lack of fuel and over the telephone MER helped us interpret the JD error codes. This is when we learned “low voltage” did not mean an electrical problem but rather a problem with fuel flow which is measured electronically and measurements displayed using voltage metrics. Cause: collapsed fuel line due to improperly sized fuel hose fitting. Most recently, we were in over our heads changing out the raw water impeller and mistakenly removed the pump liner sleeve with the impeller. The inner O-ring must maintain its shape upon re-insertion or the sleeve will not seat properly. Well, gravity causes o-rings in vertical positions to sag so after untold hours of effort I stopped by MER for advice and moral support. Brian immediately understood the problem, confirmed my understanding of it by bringing out an identical pump which he proceeded to open up. This allowed me to conclude there is no alternative, meaning the o-ring can’t be inserted from the rear even if the entire pump is disassembled. Brian’s solution: get some Lucas brand red “sticky grease” to hold the o-ring in position and if that doesn’t work call him; they will send someone to our boat to fix it (I can’t imagine how though).

Long story short, the sticky grease worked, liner seated, impeller inserted with soap on the vanes and grease on the splined shaft and impeller gear just like we learned in the 6125 class. Good to go thanks to MER’s expert and very friendly service. 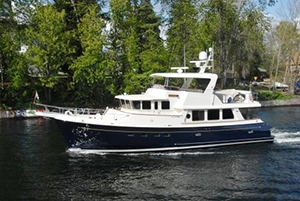 Providing products & solutions to the marine industry since 1964!