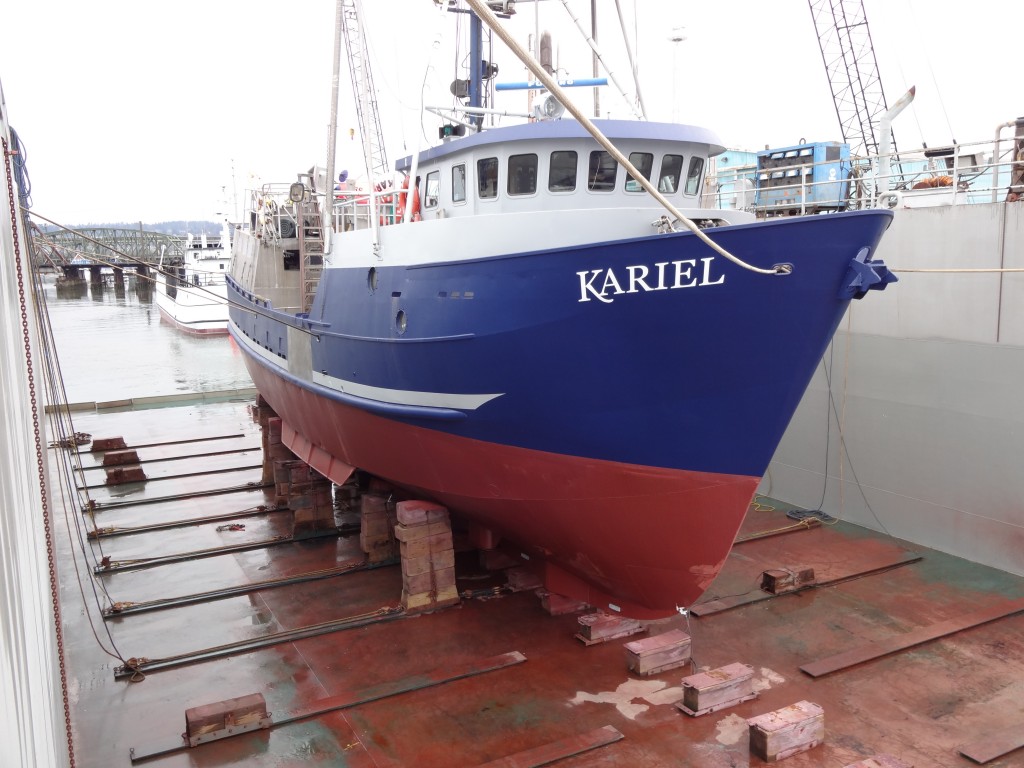 Steve Fish tends to trust his gut, and the results speak for themselves.  As a young man, he felt Alaska was a much better fit for him than college in the lower 48. Over the years Steve has become a recognized highliner and leader in Alaska’s fishing industry.  Photos of the deck of his boat, the Kariel, overloaded and literally awash with halibut adorn the walls of Chinook’s at Salmon Bay in Seattle.  His boat and his equipment have taken him all over Alaska in his fishing career.  When it came time to replace his main, and his generator, he wanted to pick the right machinery manufacturer.  He chose MER.  “I like dealing with them; they’re very professional,” he explains. “If they didn’t have answers to my questions, they said so and got the information.” One key to Fish’s success is continually upgrading Kariel, keeping downtime to a minimum while maximizing efficiency on deck and in the engine room.

“We’re a family owned business”, says Tyler Allen, Operations Manager, and owner Bob Allen’s son.  “We’ve been involved in the Alaskan fishing industry since the 30’s.  A lot of us here have been, or are commercial fisherman.  We get it.  This equipment is your livelihood.  It’s big, it’s complicated, and there are a lot of moving parts.  We place a tremendous weight on reliability and making sure what we supply really fits the need.”

The fuel savings have been impressive, especially at idle. “We idle at .3 gph, and since we do a lot of idling it becomes a significant cost savings,” Fish said.

Fish choose Hansen Boat Company in Everett for the work, and couldn’t be happier. “They’re terrific,” he says. “And they’re innovative. They don’t do cookie-cutter work.” The venerable company was started by the Hansen family in the 1920s, and has developed a reputation for top quality construction and renovating.

“I’d been looking at the John Deere for a while,” Fish says. The existing, original Cummins was still doing its job, but it was time to upgrade. “I figured a new electronic engine would be a good investment. The 12.5 liter Deere just wasn’t quite enough for what I needed, but when it was reconfigured to 13.5 liters, that was just about perfect.” 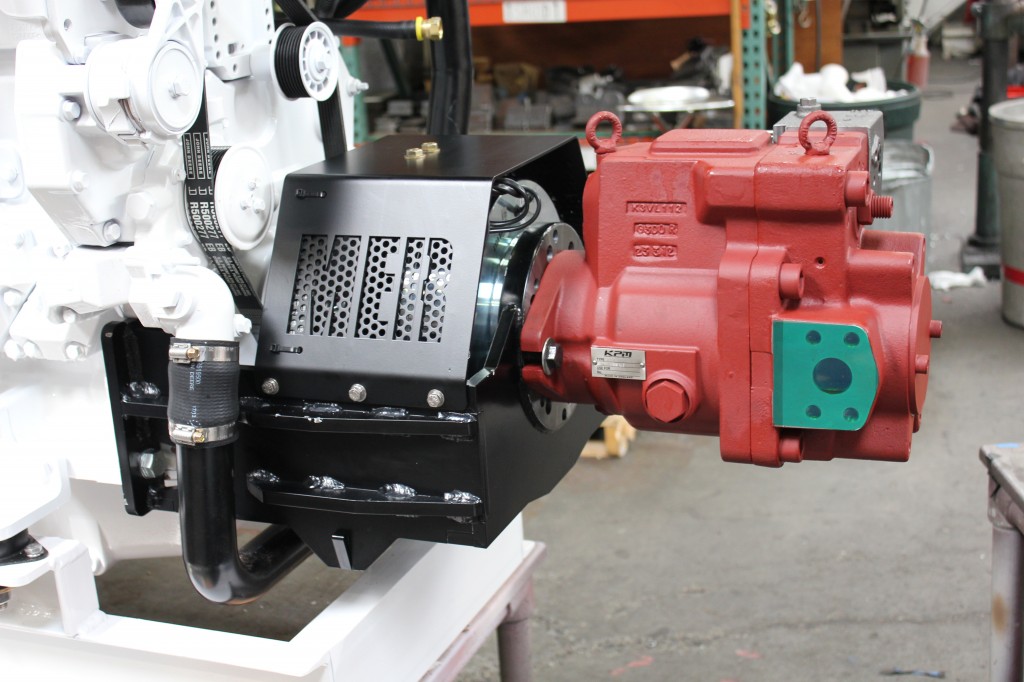 Kariel’s existing genset wasn’t quite due for replacement, but the time was right to move into the electronic age for that as well.   Steve decided to go with MER’s 65 kW Bollard  MG65-KT1, adding a SeaDrive PTO to the front to handle the deck hydraulics.

Steve Fish’s reputation goes beyond the success he has on the water. His quiet confidence and communications skills have helped him become a leader in the longlining fishery. “Fishermen need to be involved,” Fish says of the industry aspect of the profession. As past president and current board member of the Alaska Longline Fishermen’s Association, he has always looked out for commercial fishing interests.

A member of the Fisheries Conservation Alliance, Fish has championed Rockfish conservation and sustainable fishing. “We need to be involved in conservation with an eye toward how it will be to make a living long term, and how our kids will make a living.”

When Fish learned about MER’s SCOR (Sea-Change Oil Regeneration) system, he opted to have them added to his two new engines, as he grasped the long-term savings in fewer oil changes, reduced oil disposal and longer engine life.  “The less oil product I buy, the better for me and the better for the earth,” he says.

Fish has three children of his own: Lexi, Eva and Erikson. The three of them grew up around fishing, and they and his wife Kari (Kariel) head out with him occasionally. “These are good family times,” Fish says. His son-in-law Adam Hackett even joins the team when he’s not fishing his own salmon troller/longliner.

Steve Fish’s gut sense has come through for him once again. The repower has been a success all the way around. MER and Hansen made the process simple and professional. “I’m very satisfied with how the project went,” Fish says.