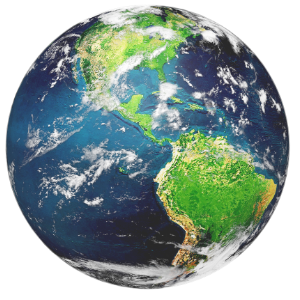 In honor of Earth Day, we are revisiting Bob Allen’s article from our Fall 2019 MER Newsletter. We are dedicated to downsizing our carbon footprint as look to new ways of doing business and engineering new products.

At the 2019 United Nations convention on climate change, 100 leading scientists from the 30 top industrialized nations in the world submitted their recent findings on climate change. Of the 100 scientists, there were no sceptics or disbelievers, every climate expert on the committee agrees that climate change is the result of human activity. Specifically, carbon emissions to the atmosphere which are in turn absorbed by our oceans. The results are a warming planet, changes predicted to our world are happening at an accelerated rate. The “rate of change” has doubled since the 1990s.

Worldwide, if we choose to remain on the current path of carbon emissions the oceans are conservatively predicted to rise in excess of 3 feet by the end of the century. Our grandchildren will run out of food and clean water. Typical 100-year storms will be a common yearly occurrence. A billion people located near the ocean will be forced to move to higher ground. A million species of plants and animals will be extinct. The oceans will become so acidic they will no longer support life as we know it today. This is no longer speculation. This is not a political football. This is the world we live in and will die in, maybe sooner than we expected.

What can we do? We can’t change everything overnight. No, but we can start moving in an alternate direction.

MER is committed to downsizing our carbon footprint. We’re investing all our available resources in new products to help our customers burn less fuel and put less carbon into the atmosphere. We know you can’t tie up your boat, it’s your source of livelihood. We also know there are good investments that will pay for themselves over time. Investments you can make to reduce your carbon emissions and thereby, operating costs. Such as, more efficient engines and generators. More efficient LED lighting and vessel systems, battery storage and inverters that allow you to turn off your engines when they are lightly loaded. Energy storage that can be recharged from more efficient shore-power. Better use of previously wasted heat and power on board.

“Smart” efficient energy storage and distribution systems are available to us. We at MER are engineering and implementing systems that are moving us in the direction we must go. The science is no longer a debate “If you don’t like change, you’re going to hate extinction”.

Our current investment project is a hybrid electric system that will allow our customers to run their generators at peak efficiency and then to turn them off and run the vessel systems on stored energy. Carbon emissions from ship generators will be cut in half or even better. New inverter and phase conversion technology is allowing us to do things never before possible. We can now use battery storage in constant parallel with ship generators to boost power when needed to allow the installation of smaller generators and to take over when power demand is low. We’re utilizing distribution controllers that automatically switch power sources and optimize generator run time.

Technology is allowing us to design solutions for the next generation. I hope you will join us in the adaption to a new carbon-less generation. Change is hard, but the results of not changing will be harder still.